The number of young children diagnosed with ASD has grown dramatically over the past few years.

Early diagnosis is the key to helping children and families in the most efficient way. It is possible to diagnose kids as young as 18 months. Waiting is not an option. Children should be seen by a pediatric developmentalist as soon as behavior and speech issues are noted by the parent. Delays in speech should always be checked at the earliest point in the child’s life. The pediatrician should be concerned and refer the family to both a developmentalist and a speech pathologist.

If your child has used words and then never used them again, then you need to be concerned and referred out. This behavior is one of many in the Spectrum. Eye contact and attention span are also issues. Language delay/speech is always part of the diagnosis. 1 in 110 children are diagnosed on the Spectrum. It is better to beside and have your child checked by a Pediatric Developmentalist to ascertain a differential diagnosis between ASD and language/speech delay. 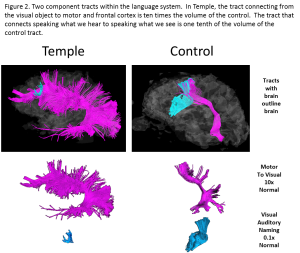 Image from the Walt Schneider Lab